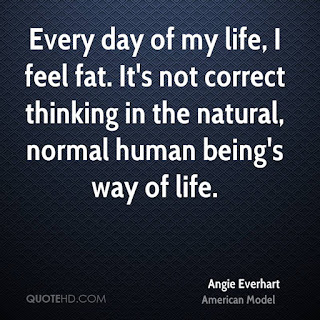 WARNING: I APOLOGIZE IF ANYONE IS OFFENDED BY THE "F" WORD. I PURPOSELY DID NOT REMOVE IT BECAUSE IT EMPHASIZES THE PAIN AND FRUSTRATION  BOTH JANET AND I FELT. THE FIRST PART IS JANET'S STREAM OF CONSCIENCE FROM HER PHONE. WHAT YOU SEE IS WHAT I READ THAT MORNING. THIS EMAIL EXCHANGE NEEDED TO STAY EXACTLY AS IT WAS WRITTEN, "F" WORDS AND ALL. I KEEP THE FOOD LOGS USED IN MY BLOG EXACTLY HOW I RECEIVED THEM, ONLY CHANGING ALL NAMES AND SOMETIMES ADDING THE NAME BRAND OF A PRODUCT.  JANET'S VOICE NEEDS TO BE HEARD AS I HEARD IT THAT DAY.

and i realize how fucked up i am.  to put this into context, right after i had my second baby josh and when we really started working hard and you initially weighed and measured me, i weighed 187.  ii weighed myself on 7/30 and weighed 182.7 (i would never admit any of this to anyone else).  i told myself that if i could get into the 170s today i would be happy.  when i woke up my wedding ring was tight and i was immediately anxious that this would affect my weight.  before i got pregnant and i was working with you i weighed 163.  i have a fucking lot of weight to lose.  so i weighed myself and i weigh 180.2.  and i was pissed.  less than three pounds in a month of very very hard work.   i weighed myself at orange theory and after the class (super hard class btw) i weighed myself again.  i fucking weighed myself again hoping i would get a different answer!!!!!!!!  i weighed 180.1.  and told myself i would be happy with anything at 179.9 or below.  i shit you not i'm so upset and even feel and look fatter b/c of .2 pounds!!!!  if i told my husband  this, which i would not, he would say that i could take a shit and lose that much.  so i decided to confess to you b/c you are truly the only one that understands this, even if you are shaking your head b/c you told me not to, you still get it.
so here is my list of reasons to NOT be upset.
1) you always tell me muscle weighs more than fat.  i personally think this is a bullshit thing that people say when they are fat.  and also i had a lot of muscle when i was working with you and weighed much less, but i know i have gained muscle this month.  but again, i really don't put much belief in this.
2) my $7 jeans that I bought when i could barely zip up, now zip up and i was able to actually wear them out
3) i know that my arms and shoulders are more defined and my face is thinner
4) i fit into a dress that i couldn't before.  it's tight, but it fits.
5) i can not work out anymore than i do.  i have really committed and really worked hard as fuck this month.  i can tell that i am stronger and can sprint faster and can run longer.

that's all i got.  yes i'm trying to talk myself into being positive.  yes i know this will take time.  but for fucks sake this is ridiculous.  yes i know i should not weigh myself again.  i'm waiting for your "i told you so" email back :)
i do not want to define myself or my life like this.  one step forward and two back.

love you - thanks for being my therapist.
Janet

Janet,
Ohhhhhhhhh fuck, fuck, fuck , fuck!!!!!!! I KNOW how you feel about the number...even though I told you not to weigh yourself...I KNOW how much this fucked you up...and how much you want to just give the fuck up...and how you feel like you have no control because you are doing everything you should be doing...even switching meds..even giving up the peanut butter...even working out more. FUCK!!!!!!! I am at a lose for words...and I hate myself for that...because I want to give you a reason...I want to say it is not the same scale...I want to say...there is something wrong with your thyroid. But the only thing I can say is that the 6 reasons you gave NOT to be upset...are amazing...and all so true...and that is what you should focus on...but I know that it does not take away the total feelings of fucked up shit that we put ourselves through to feel better about our bodies...and when it does not happen...how fucked up we feel. FUCK!!!! That is all I have to say. Where do you go from here? What are your thoughts of how you are going to
continue...or not? Can your 6 reasons take over the FUCK feeling...right now...or soon??? I love you so much...
Deborah

Deborah,
I don't see what choice I have or what else to change. I have to just keep on keeping on. I can't workout anymore than I do. I can't cut out any more food. I don't know what else to do. I really don't
Janet

Janet,
Don't hate me... But I asked those questions because I wanted the answer you just gave me. Keep on doing what you are doing. Something I am aware of is that if this were 2 or 3 years ago, you would not have been able to list ANYTHING to not be upset about. In the time we have worked together on your workouts and your nutrition, you have grown. Today, you might not be able to step back and see that change. But, I do. 2 or 3 years ago you might have just said "fuck this shit" and ran to the nearest store and eaten 3 boxes of cookies. Today you see that does not work anymore. You still feel as shitty and WANT to give up but the growth is in the actions. You decided to write to me and talk about it and release the pain with me instead of releasing it by acting out.  I know this is so fucking frustrating... But being strong... Defined... With extra endurance is such a bonus. Remember the 7$ jeans... Keep putting them on... And remember they did not fit last time. I love you!!!
Deborah


Deborah,
Why would I hate you? Goodness. I am trying to keep things into perspective. Even when I was hardcore on weightwatchers the most I lost in a month was five pounds. And that was counting everything and being obsessive. So I guess three pounds in a month is slow as fuck but better than gaining or not losing.

Also trying to remember that I didn't gain this weight bc I was sitting on my ass being lazy. But also trying to not tell Josh that he made me fat (like my mom always told me).

At least I am going in the right direction. I guess. Trying to just keep on with what I'm doing bc I'm not going to eat like shit or stop exercising. I'm extra blasted today (two bean meals yesterday so that's not really helping my mental state either. Plus I didn't sleep well.
Janet
at July 17, 2017 1 comment:

What have I learned in the past 51 years? Please listen...

My podcast Interview:  What I have learned in the past 51 years from my own experiences, research, struggles, accomplishments an... 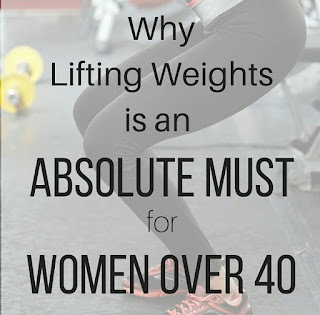 Deborah Stern
Deborah Stern is a certified Personal Trainer and Nutrition Coach. She has her degree in Psychology from Depaul University and has spent the past decade focusing on the principles and processes of Holistic Nutrition and proper exercise. Deborah'’s passion for health and fitness has motivated her to educate her clients on the importance of eating for their health and longevity and exercising correctly to achieve body-fat loss, gaining lean muscle mass, increasing energy levels, improving balance and posture and feeling happy and healthy at the end of each session. Deborah works with clients of all ages and fitness levels. After working with Deborah, her clients look at food as fuel for the body and mind and they make fitness a part of their lifestyle. With this approach, Deborah's clients have the tools to acheive their goals of health and fitness. http://www.foodprintforlife.com 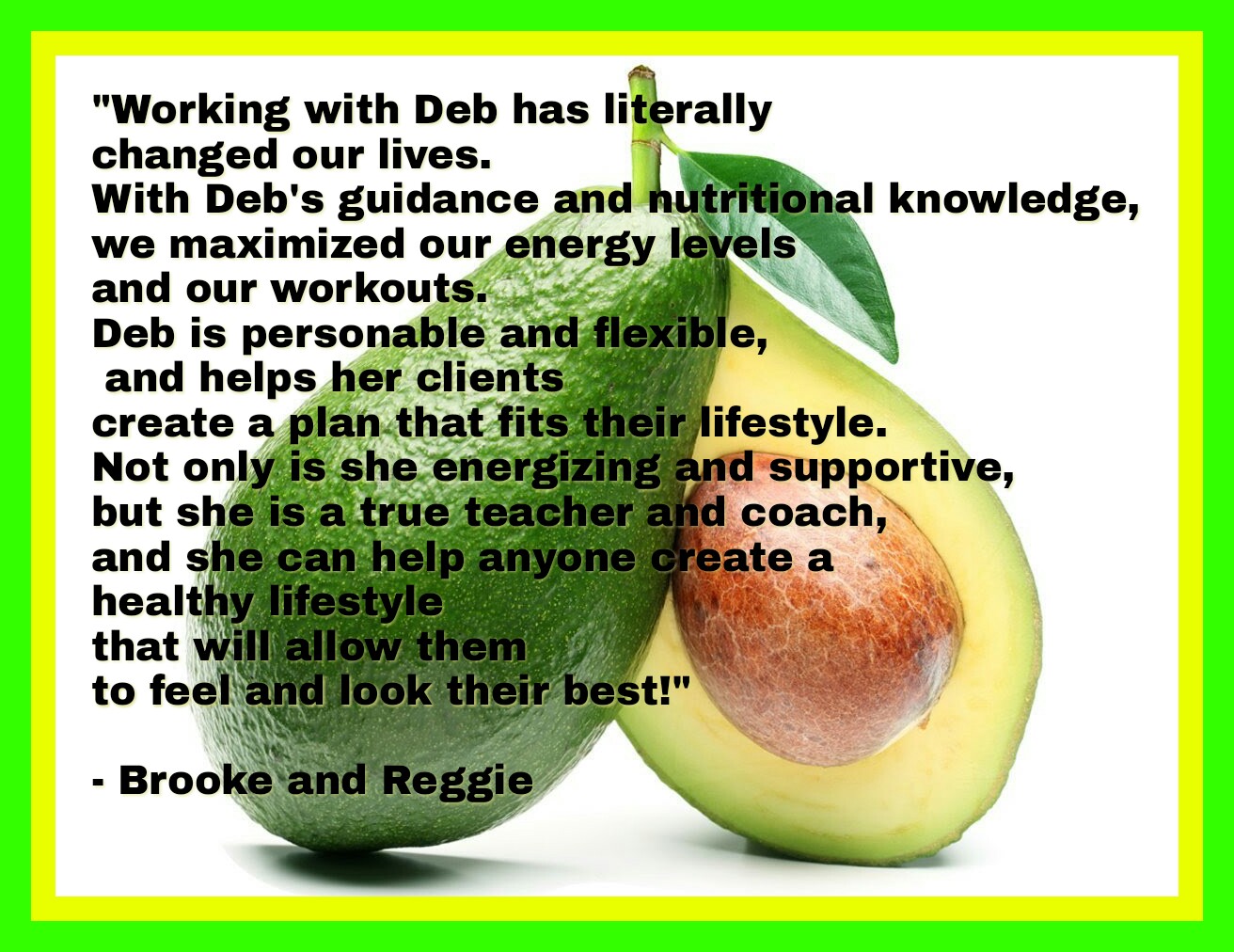 Fueled and ready to jump!!! 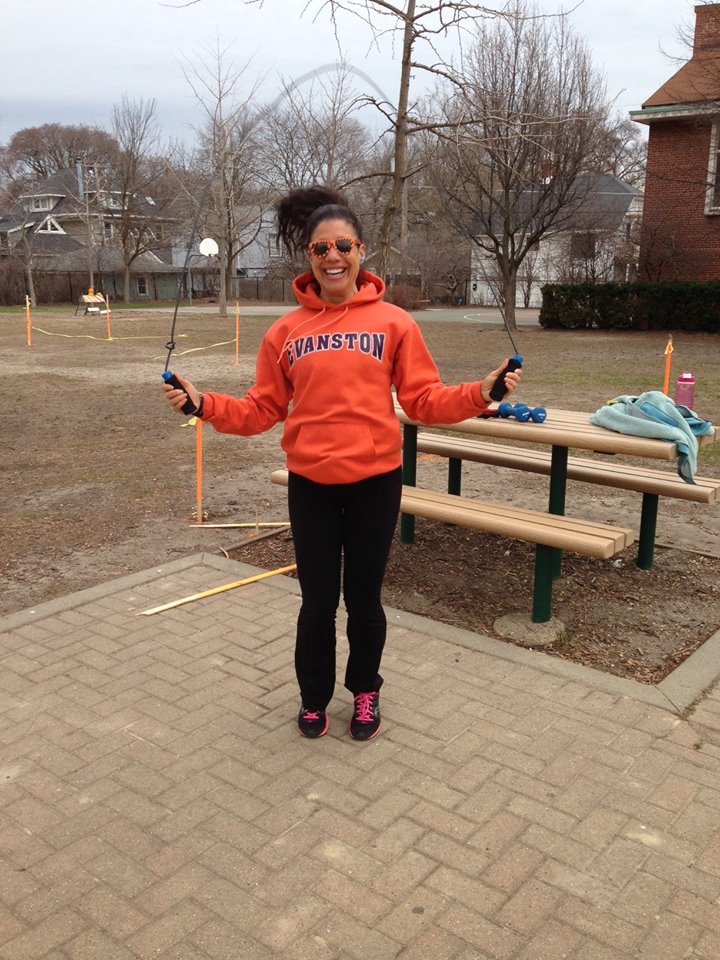 What is your goal? 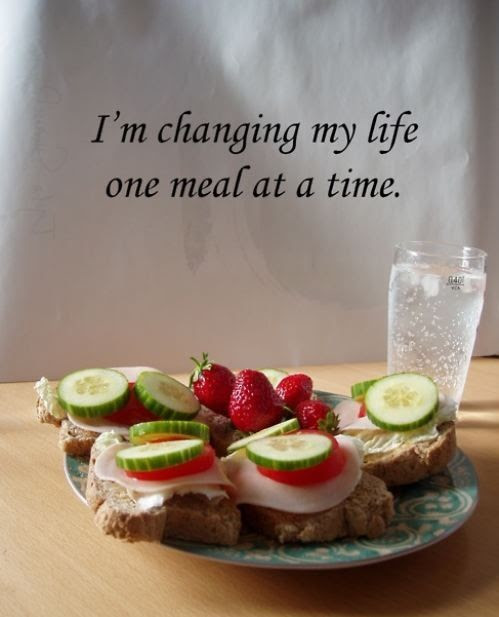 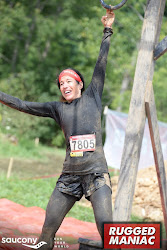 This blog contains personal, unedited food log emails between my clients and me. Names have been changed to protect each client. Based on over 20 years experience, I understand the struggles of trying to eat healthier to feel better in our bodies and minds. Because of my own struggles, I finally found what works for myself and my clients. "Deb Approved" is based on ingredients, taste, convenience and nutrient dense foods. You are not alone. Join me and my clients on this journey. I come to your home to do the nutrition sessions or we can do the sessions over the phone or by email. I want to fill your home, body and brains with "Deb Approved" food.